PR Careers: Supporting The Next Generation Of Practitioners

Davos – the litmus test of the global mood 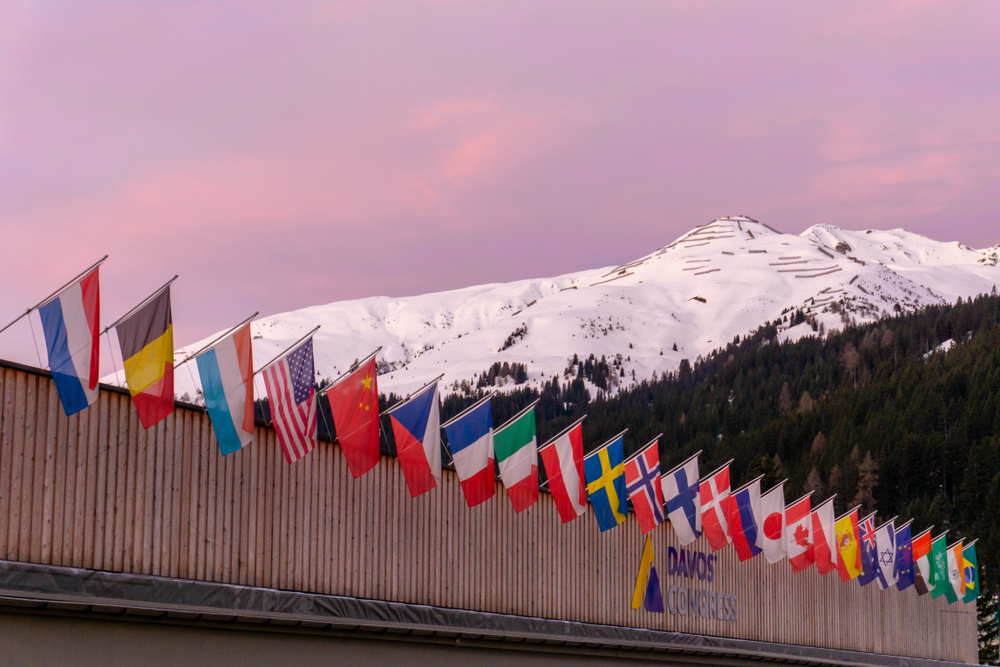 Davos – the litmus test of the global mood

By Edward Brewster, Director of International Media at Sandpiper. Edward is a PR industry veteran, with over 25 years of experience working in corporate affairs, media relations and public affairs both in-house and with leading global agencies. He has held senior strategic communications roles with Three, Huawei and Prudential plc.

Ahead of Davos, the gathering of business and political leaders which the World Economic Forum (‘WEF’) hosts, some commentators wrote it off as irrelevant and out of touch with the lives of normal people. This year, instead of ice and snow the backdrop has been lush green pine forests and warm sunshine. That’s because in December 2021 the decision was taken to move it from its usual mid-winter slot in January to the early summer because of the rapid spread of Omicron. What nobody predicted, from the ever-present founder of WEF, Professor Klaus Schwab, through to the media and commentators who descend en masse, is how much the world would change in the intervening five months.

Winter Davos was going to be about how we address the challenge of climate change and achieve net zero, all while emerging from a global pandemic. Of course, US-China tensions were expected to be a major undercurrent, but the overriding policy objective was how to get the global economy back on track. All this changed on the 24th of February when Vladimir Putin ordered the Russian army to invade Ukraine.

Nowhere has this change more keenly illustrated than at Summer Davos. The complexities and issues of a fracturing world meant that instead of time to reflect on the long-term challenges we face, the imminent problems of today kept intruding. The key themes over the four days included:

Inflation, stagflation and the cost of living crisis

For politicians there was only one issue. The cost of living squeeze their voters are experiencing and how it is likely to grow in the coming months. This was already a problem before the war, but the conflict has accelerated all the key trends. Interest rates are on the rise, and a number of European economies could see inflation hit 10% later this year.

One of the key drivers of inflation has been the rising energy costs. The war has compounded the problem in Europe and it has also highlighted the inter-dependency of Russian energy and European energy security. There was much talk about how new technology and renewables can help address this challenge, while also helping to achieve net zero, but what is clear to European policymakers is that the dependency on Russian energy must be broken.

There was a palpable sense that globalisation is in retreat, particularly among the world’s leading democracies.

John Kerry was at Davos, but President Biden was not. Mr Kerry was there in his role as the U.S. Special Presidential Envoy for Climate, his news that the US is making progress on a joint working group with China on climate was somewhat overshadowed by the President’s off the cuff remarks about the defence of Taiwan. The narrative and reality of the US strategy to step back from globalisation and reduce its reliance on China were playing out not at the base of the Weissfluh, but half a world away near Mount Fuji. There was a palpable sense that globalisation is in retreat, particularly for the world’s leading democracies.

Rapidly rising inflation, domestic cost of living crisis, energy security, deglobalisation and the spectre of recession were the themes of the week. And while from the outside Davos can look like the elite navel gazing, the politicians have to respond to their voters’ concerns and the businesspeople, have to listen to their consumers, so it has never been as out of touch as critics would have you believe. In fact, it’s a good litmus test for how our leaders are feeling and what is on their mind. For most of the past 20 years those leaders have been confident, sure of their decision making and optimistic, but at Davos 2022 we saw something different, many are uncertain, not clear on the best next steps and are concerned it will all get worse before it gets better. That doesn’t feel that out of touch.