Building A Case For Brand Content Marketing Against Ad Campaigns 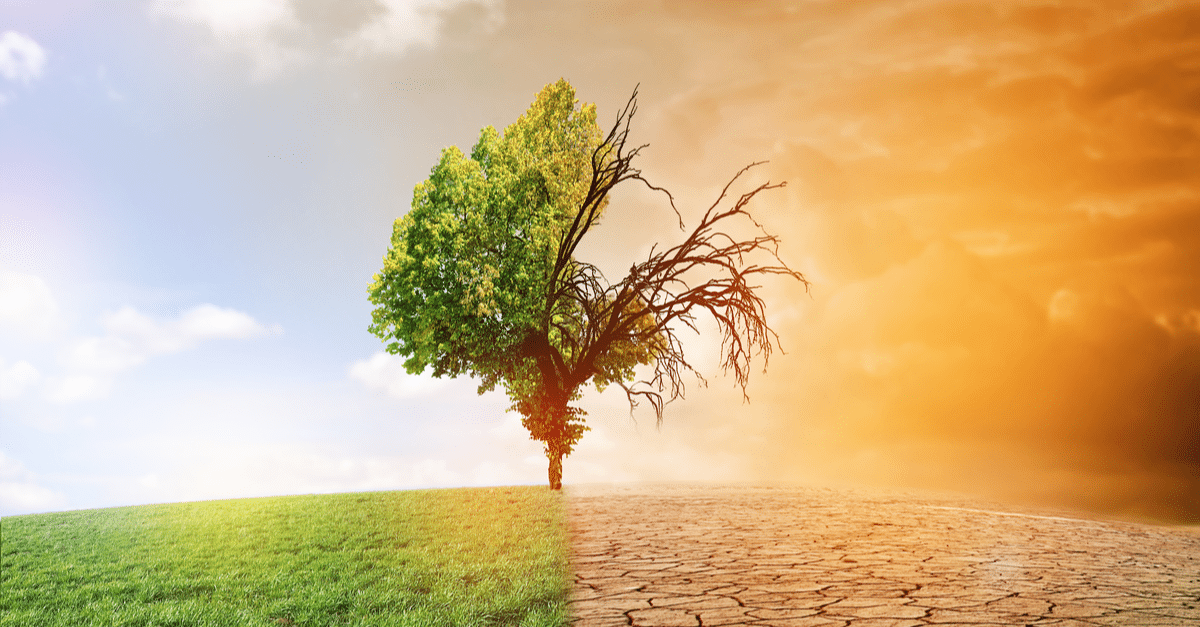 by Kelly Johnston, COO and General Manager, Southeast Asia. Kelly specialises in advising clients in complex and highly-regulated industries on strategic communications challenges and issues. She has more than 16 years’ experience in communications across a range of corporate, financial and consumer sectors in Asia Pacific and Europe and leads Sandpiper’s ESG and sustainability practice.

The biggest surprise about the Sixth Assessment Report by the United Nations Intergovernmental Panel on Climate Change (IPCC), and it’s ‘code-red for humanity’ is that it was even a surprise at all. Collectively, we have all known this for some time, and the report is clear: climate change is happening, humans are responsible, and we need to act now to avoid further irreversible damage.

As was anticipated, the report paints a grim picture of the effect of human activity on changes to our climate. It is a timely reminder for all policymakers, corporates and individuals as we approach COP26 later this year, that the time to act to reduce greenhouse gas emissions is not in five or 10 years’ time, but today.

While it is heartening to see how far many organisations have progressed with emissions mitigation efforts in recent decades, there is still more to be done. Even companies in the financial sector in banking, insurance and asset management and other areas have been scrambling to future-proof what they are financing in the past year. For some, it has been a challenge to prepare for the increased scrutiny, regulation and pressure to take tangible action around emissions reduction that is coming.

As reputation managers and communicators, we have a fantastic opportunity to be champions of change, compelling our employers to take urgent climate action.

Companies have faced increasing pressure for some time, particularly from investors, around ESG performance and disclosure. This ICCP’s report is likely to further increase focus on and amplify scrutiny around emissions disclosure and management, including from consumers. Sandpiper Communications conducted a proprietary research study late last year that shows, even prior to this report, climate change has been the ESG-related issue of most concern to consumers.

Previously, high-emitters have experienced the brunt of this scrutiny. As a result, for some time they have already been investing heavily in strategies to reduce emissions and climate-related communications, and many are now well-equipped to face the increased spotlight.

Meanwhile, organisations in other sectors, such as technology, consumer goods or professional services have largely escaped without much notice and have traditionally been able to fly under the radar. As an example, one of the fastest-growing contributors to emissions are data centres, which are used by every company as digitalisation accelerates. As the ESG conversation grows and scrutiny increases, all companies need to be prepared to answer the tough questions around emissions and climate action. Soon it is likely to be standard for all organisations, including unlisted and small businesses, to monitor and report on their carbon footprint and emissions targets, disclosing how they will be reduced and what their plan is to reach carbon neutrality or positivity.

At the end of the day, whether complicit or not, every organisation is exposed in some way to the effects of climate change and has a part to play in addressing it. Undoubtedly, some organisations face a greater chance of being caught unprepared, or unable to effectively communicate the actions they have taken.

How brands can communicate the vision

ESG and sustainability communications can be difficult for companies and brands to navigate. On one hand, the ability for a company to promote its achievements in this area, and build reputation capital as a result, in turn encourages further investment. However, as audiences become more educated, the bar for what constitutes ‘green washing’ is continually being raised.

Where brands are going wrong is that too many still see sustainability as a trend or strategic differentiator, when it is a fundamental and necessary shift in how they need to operate and how we all need to live. The companies that will fare best in coming years will recognise this and make sustainability a core, strategic pillar of their business. They are ahead of policymakers in self-regulation, have clear action plans and targets for addressing sustainability challenges and reducing emissions, as well as strong support from stakeholders.

Transparency is vital, so it’s about sharing information in the public domain, via annual reports, briefings on the company website, and proactive external communications with relevant media. Any communications strategy should include expecting and preparing for stakeholder and media questions about the company’s ESG activities, and not just from sustainability specialists. Increasingly, all audiences will be routinely seeking insights and asking the tough questions, and coming from a higher knowledge base too.

Meanwhile, employees are increasingly seeking to work for brands that champion the values they support, so internal communications is another core element of highlighting ESG results. Often organisations are doing the right thing but failing to communicate achievements to internal and external audiences, so a consistent dedication to transparency, self-evaluation and tangible change can prevent misinformation or lack of awareness amongst both internal and external stakeholders.

With the effects of climate change increasingly visible through events such as floods, fires and extreme storms, this will become an especially greater area of focus and concern for all of us.

Consider it not a risk but an opportunity

Businesses and brands that take a cultural approach, deeply embedding their climate action commitment into core values, mission and vision are primed to use their action-taking stance as a market differentiator. Delivering and demonstrating responsible corporate citizenship, via climate change action, particularly setting benchmarks for net zero (or positive) emissions is how companies can protect reputations, connect on a values level and maintain or exceed current market positions such as Unilever.

Climate change actions, when lived, breathed, acted upon and well communicated, opens doors for brands to become leaders in this space. The world is watching and demanding climate transparency and change, so the opportunities are immense.

On the other hand, brands that see it as a risk to be mitigated actually miss the point completely, somewhat ironically subjecting themselves to facing far greater risk.

Understand how quickly sentiment can shift

The Southeast Asia haze of 2015 is the classic example of how an environmental crisis can expose risk and accelerate change. Faced with dangerously hazardous levels of pollution, following Indonesian palm oil producers burning off land for planting, cities in Southeast Asia, notably Malaysia, Indonesia and Singapore ground to a halt. Schools closed, public events were cancelled and residents were subjected to toxic fumes clouding the landscape for weeks. The health impact alone was immense, causing 100,000 deaths and 140,000 hospitalisations, mostly in Indonesia.

The response was swift, with consumers championing change with product boycotts. Consumers rejected products containing palm oil, leading to them being pulled from shelves, often permanently. For many living in these cities, the haze was a devastating wake-up call. There’s nothing like seeing the impact of climate change and excessive deforestation first-hand to understand the true implication of global warming. For months, people couldn’t go outside as they literally could not breathe the air. With the ICCP report, the swift change in consumer sentiment is likely to replicate on a global scale this time. Consumers will demand public and private sector leaders alike to take responsibility and champion real and lasting change in the fight to save the planet.

Within organisations, the communications team are the ideal candidates to agitate from within to take ownership of the climate change cause. With the ability to gather and funnel information between departments and take responsibility for social listening to understand customer sentiment and broader consumer views, the communications team is well placed to become the internal climate change and ESG champions.

An important part of this is standing up to greenwashing and adopting a zero tolerance policy for any kind of spin or lack of substance when it comes to taking transparent action. With a communications team acting as internal agents for change, applying scrutiny where necessary, organisations will be better prepared to handle external pressure from media, policymakers, pressure groups and customers. Internal resources should be held to account and reminded of the opportunity to not only mitigate risk but to urgently deliver impactful change that benefits the entire planet.

Plus, with the reputation of companies now conditional on strong ESG and sustainability performance, including climate action, the communications team can take responsibility for ensuring that its public and internal stakeholders are informed about the organisation’s efforts and results. It’s not an exaggeration to say the future of the planet is at stake, so targets for 2030 and 2050 are nice, but action needs to happen now. By placing internal pressure on leaders to deliver tangible action, communications teams can play a powerful role in leading us out of this disaster before it’s too late.

Sadly, some of the climate damage inflicted by humanity is irreversible. Collectively, we need to live with the consequences of our actions for generations to follow, so we need to take joint responsibility and act quickly to clean up the terrible mess we’ve all been making. The future of our planet depends on the action we take now.