Australia’s Climate Challenge: What We Can Expect Under the New Government 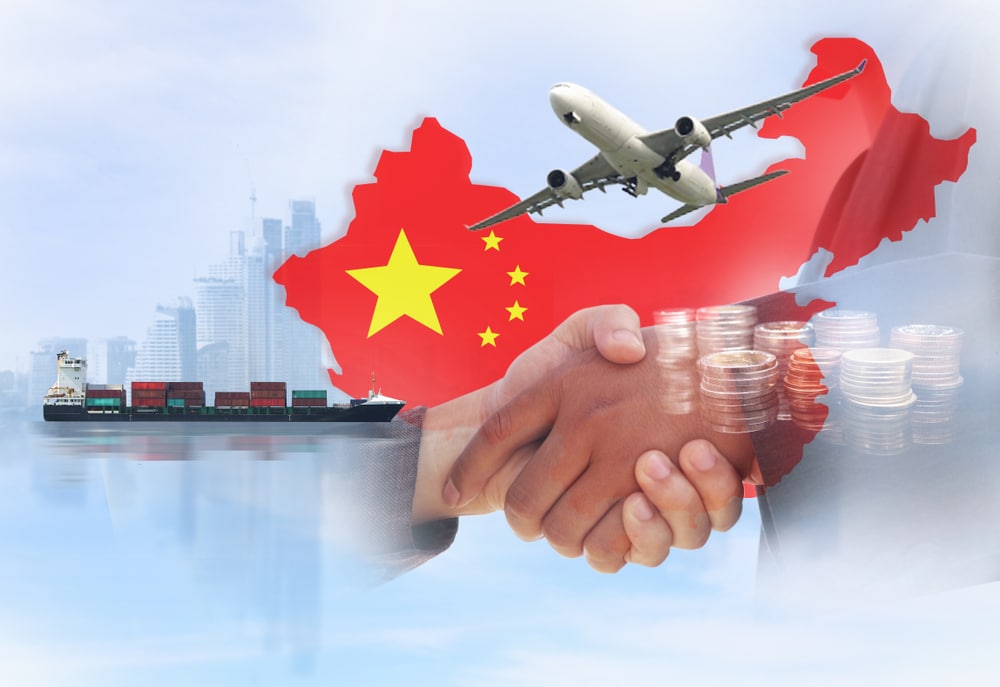 by John Russell, Managing Director of Sandpiper China. John has over 30 years of international public affairs and strategic communications experience in various parts of the world. He has been in China for 16 years advising governments, multinational and domestic companies.

It should not be a surprise that reputation management in China is different from that in European and North American markets, given the population of 1.44 billion, its geographic size and complexity, authoritarian government and China’s historical legacy and distinctive culture.

Compared to “western markets” China’s authorities assume activist roles and interventions at all levels of government. The large and vibrant media operates within the confines of censorship according to China’s political “red lines.” Interest group politics are essentially subsumed within the communist party. Notably, the roles non-government organisations and civil society are significantly muted. Conversely, the functions of social media are distinctly enhanced.

Yet, China’s rapid economic development and vibrant, lucrative markets have been magnets for foreign direct investment over the past four decades. It now constitutes the second largest economy, while contributing over one-third of global economic growth. Most business sectors are highly competitive with domestic companies vying for market-share with MNCs drawn from across the globe. Building satisfactory awareness can be challenging, let alone successfully achieving a corporate reputation.

For an understanding of an effective reputation management strategy in China there are several pertinent market drivers to consider:

Who and what do the Chinese trust?

Trust is an essential constituent for a positive corporate reputation.  For twenty years, leading PR agency Edelman has been surveying across various countries for trust levels with regard to government, the media, business and non-government organisations (NGO). Subsequently, it is possible to assemble a hierarchy of trust for each country.

For the U.S. and UK, the levels of trust for NGOs and business are significantly higher than trust in government and the media. China’s trust hierarchy is diametrically opposite; with government the most trusted, the media having higher esteem than in developed markets, followed by business, with NGOs lagging in last place. In China the high level of trust and legitimacy of government are based upon delivering ongoing stability and prosperity.

For businesses operating in China, building corporate reputation strategies and campaigns based on European and North American trust hierarchies have usually proven ineffective. In China, there is a need to focus much more on engaging the media and government. If optimum results are to be achieved, less energy should be expended to seek partnerships with NGOs.  Conversely, Chinese companies venturing into developed markets are prone to failure if communications and operations remain tailored to the Chinese trust hierarchy, neglecting the influence of civil society and interest group politics.

China’s traditional media landscape is large and daunting at first sight. There are over 1,800 newspapers, 10,000 periodicals, 2,500 television stations and 4,500 radio stations. All are obliged to have tandem online news services.

The media can be segmented into four categories, based on controlling entities or ownership by:

All four groups are subject to censorship of politically sensitive topics and certainly regarding China’s “red lines”. Nonetheless, the media market continues to be very competitive at several levels. All categories have commercial pressures, with even CPC and government media maintaining very active marketing and sales departments.

Companies seeking to build their reputations face the challenge of the sheer size of the media and of the country itself. Obtaining broad distribution nationally is a priority for success. This can be facilitated by PR strategies that tap into the hierarchy of the media landscape. This is particularly pertinent for trade media, which are owned by a mix of CPC, government agencies and semi-government associations.

To have an article published by a party or government media provides an imprimatur for informal syndication (“reposts”) across the country, as scrutiny by local censors is deemed unnecessary. When a large number of media outlets republish an article across regions, this is considered in China a key success metric.

Given the ownership profiles of media, for optimal corporate communication in China there is a blurring or “dove-tailing” of the PR and public affairs disciplines. PR is obliged to engage government entities, especially with respect to trade media. Conversely, public affairs practitioners are required to engage trade media within their advocacy planning, for having the potential of the company’s article placed on every desk of the relevant ministry across the country.

Also, the habits of journalists vary from those in western markets in several ways. While in most developed media markets there is a preference for an “exclusive one-on-one interview”, in China group interviews with five or more journalists are more prevalent. Often there is a mix of journalists from traditional, online, and even social media.

Also, there is the issue of “travel allowance” or “media cooperation fee”.  Initiated decades ago, when media financial resources were tight, this is a stipend for journalists to attend events and interviews. It can be classified as a facilitation payment.

In recent years, a growing number of media have policies, whereby journalists cannot accept the allowance. However, most local media have yet to change, with their journalists expecting to receive the allowance. Indeed, their overall remuneration is dependent in part on the stipend, similar to the employment model of American hospitality sectors workers to rely on gratuities. For optimal results, it is important to know which journalists expect travel allowance and which do not.

With one billion internet users and just under 900 million active users, China’s social media is a bustling online “wet market” of platforms and interests, operating in a “parallel universe” behind its great firewall from the rest of the world.

Social media plays a distinctive role in China given the governance of the country. With interest-group politics essentially subsumed within the CPC, and while there is only a muted capability of NGOs and civil society, social media plays inordinate functions in China.

It is an enormous medium for social, economic, and political commentary, criticism and judgement. It acts as a raucous “Greek Chorus”, supplying authorities with insights into the temperament of the public, plus a systemic social safety valve. Social media is a source of risk, as well as an arbiter of a company’s reputation. Government censure of a company or industry is often instigated based on social media temperament.

E-Commerce. The country boasts the world’s largest e-commerce market by far, with over 50% of global transactions and estimated to be larger than those of the U.S., UK, Japan, Germany, and France combined.  In 2021 revenues were predicted as USD 2.1 trillion and are expected to hit USD 3 trillion in 2024.

WeChat. For most companies the starting point in China’s social media is to establish a WeChat site.

This is China’s most popular platform, with monthly active users (MAU) over 1.2 billion. The WeChat ecosystem encompasses a broad range of mini-programs and functionality, well beyond comparable apps in other countries.  WeChat pay is popular as an integrated easy payment system. By simply scanning a WeChat QR code, payments are made for items or services via the WeChat wallet which is linked to the individual’s bank account.

WeChat has a range of business functions. Companies widely use WeChat for business promotion by creating business accounts which can add followers, or to acquire future followers to the account based on the effectiveness and impact of promotional activities and content. Many accounts have a special purpose such as deals, sign-ups, blogs, etc. whilst other accounts display general company information with videos or live blogs. Prompting “sharing” or reposts of content to stakeholders in the broader WeChat ecosystem are key metrics for success.

Yet, while one or more corporate WeChat sites are necessary, they are insufficient in themselves for building a corporate reputation. Essentially, as with traditional media where the aim is to achieve reposts and syndication of articles for optimal reach, so is the same dynamic with social media. This entails adopting content for multiplatform distribution, whether to microblogging sites such as Weibo, news and business network platforms, targeted communities’ and group sites, and perhaps adapting content for video and audio platforms.

In return for access to China’s high growth markets and inherent opportunities, there are quid pro quo expectations of foreign invested companies. This constitutes an informal transactional contract.

For building a positive corporate positioning it is fundamental to exhibit three attributes from any company operating in China: commitment, cooperation, and contribution. These are the requirements from not only the government, but also pervade domestic business and general populace attitudes.

Commitment: This entails alignment and participation in China’s development plans and objectives, while complying to the political norms and boundaries.

Cooperation: The business sector should cooperate with the government with respect to delivering skills and technology transfers, ongoing investments and sharing of resources.

Contribution: Lastly, given the bias of Chinese towards patriotism on a par with Americans, companies are expected to Contribute to communities and the country via not only taxes and employment. It is anticipated MNCs assist in development of the industry sector in which they operate, support priority national projects and fulfil corporate social responsibility (CSR) actions and philanthropy.

Given the size of its economy, growth trajectory and governance attributes, China obliges companies operating in its market to adjust to its prevailing attitudes, norms, and processes. Success in building a corporate reputation also requires content attuned to China’s hierarchy of trust and a clear strategy to deliver communication in an optimal way, via traditional and social media.

Sandpiper is your partner to track China’s latest policy developments across sectors, build positive relationships with the media and government bodies, and strengthen corporate reputations in the world’s second largest economy. Get in touch today.