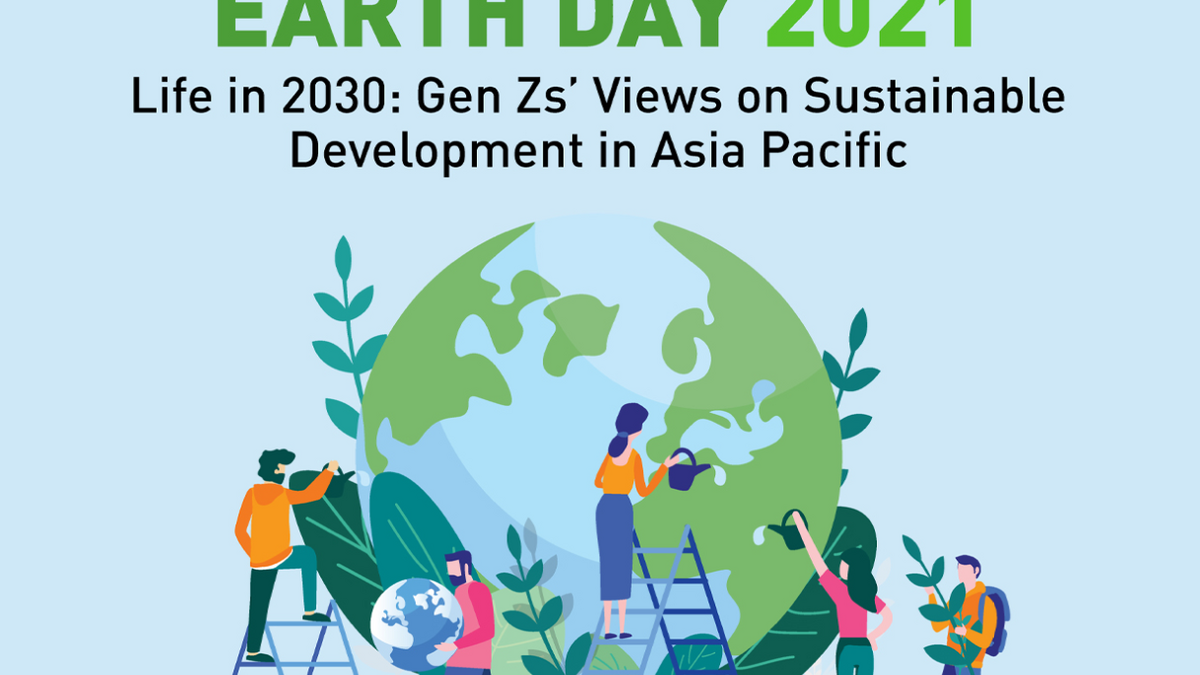 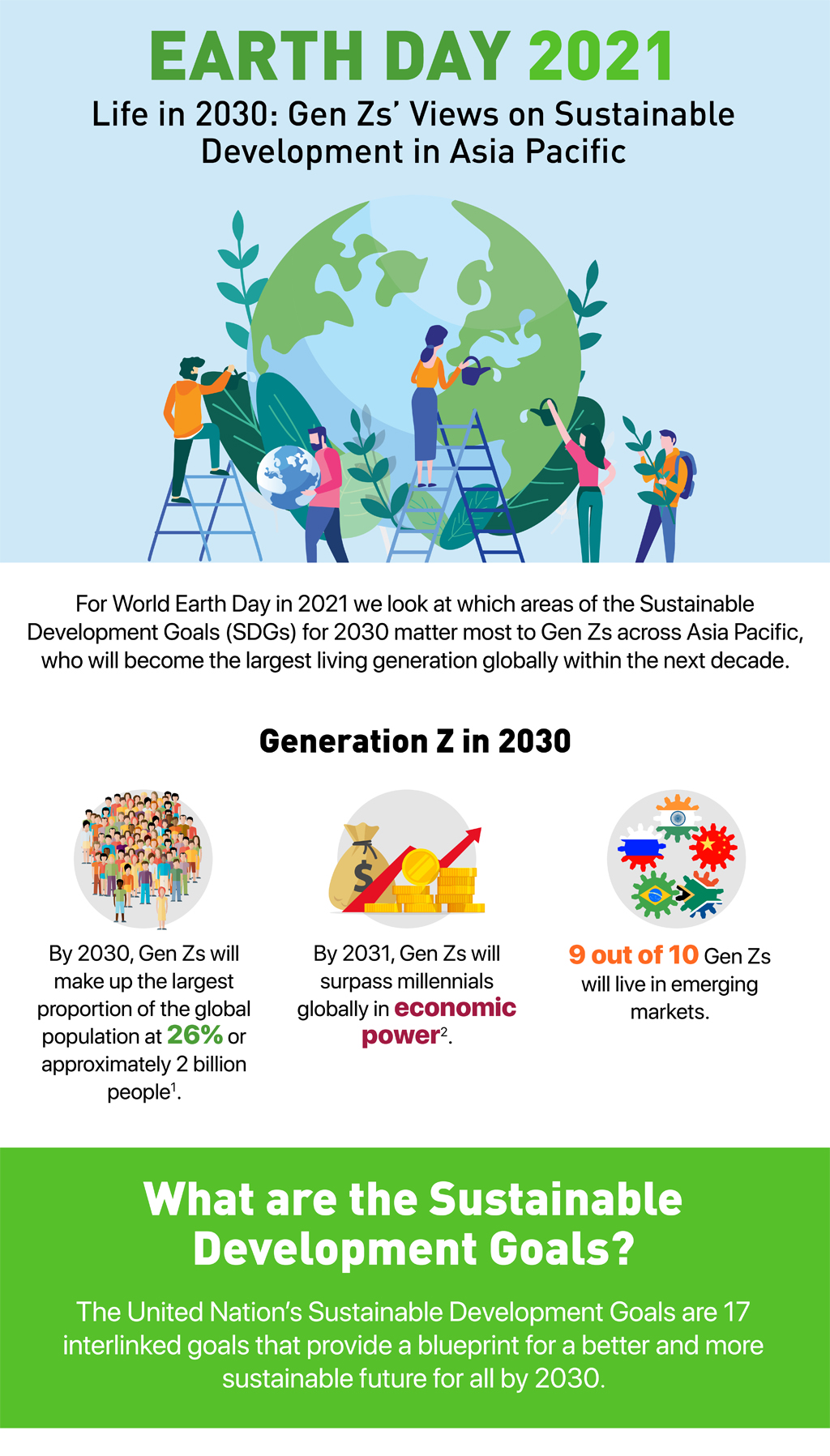 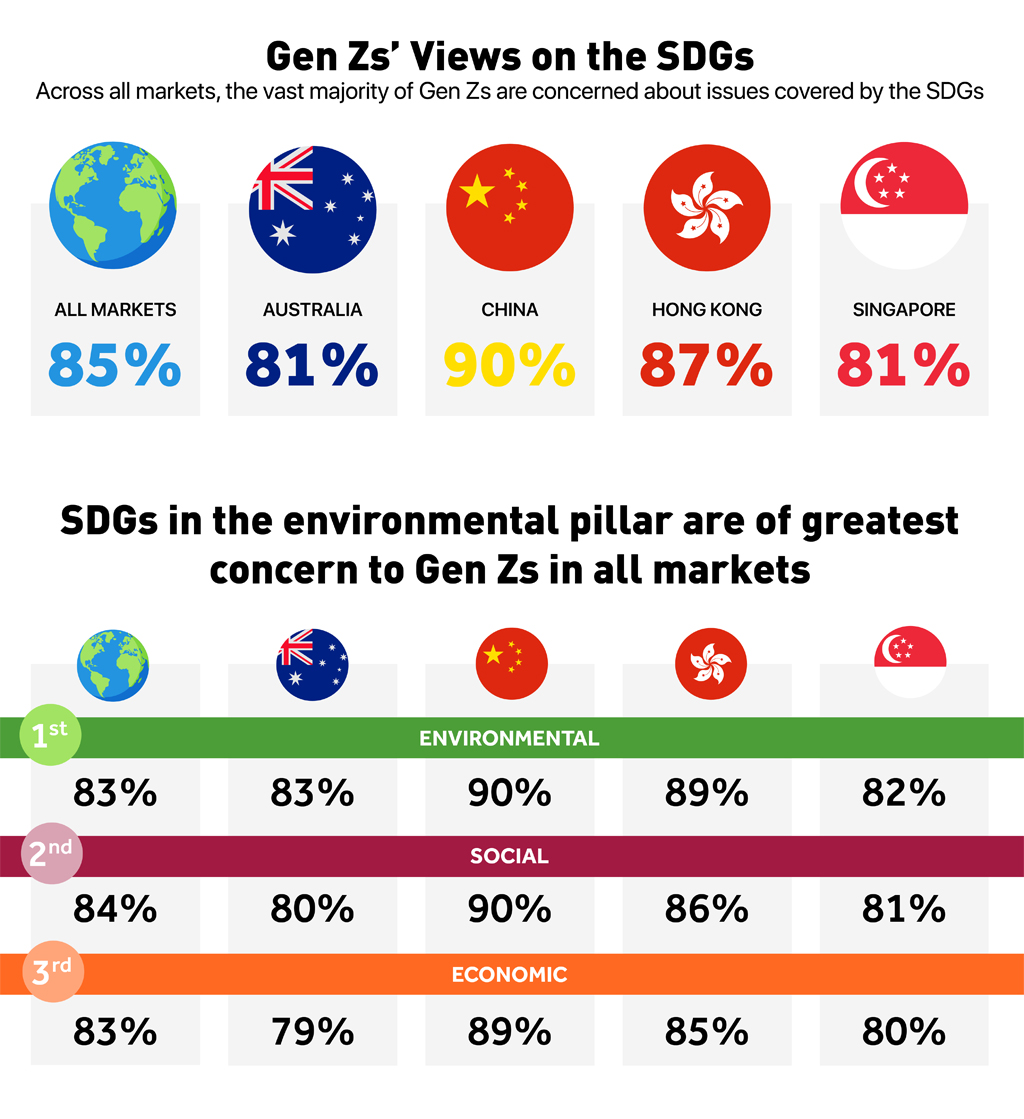 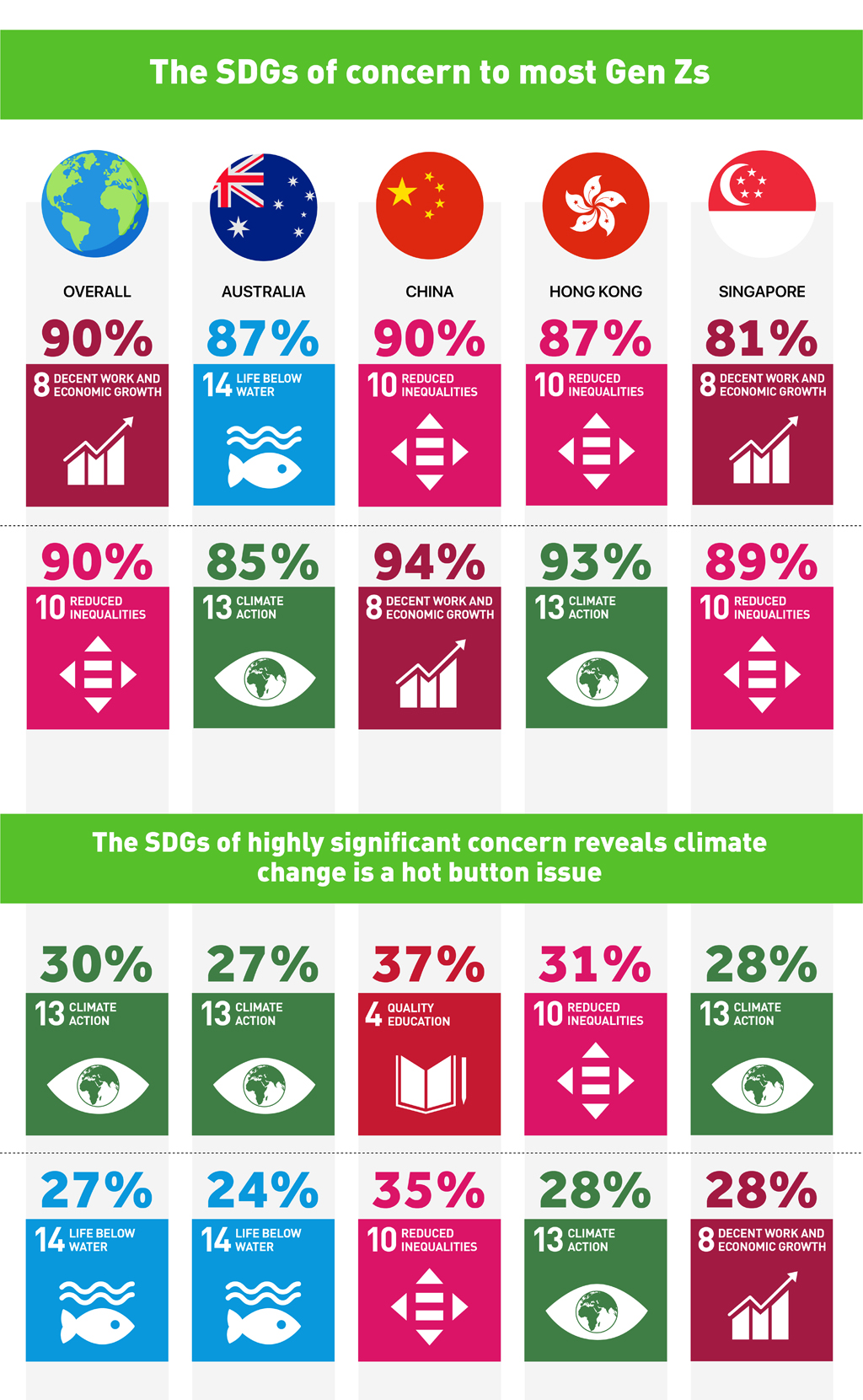 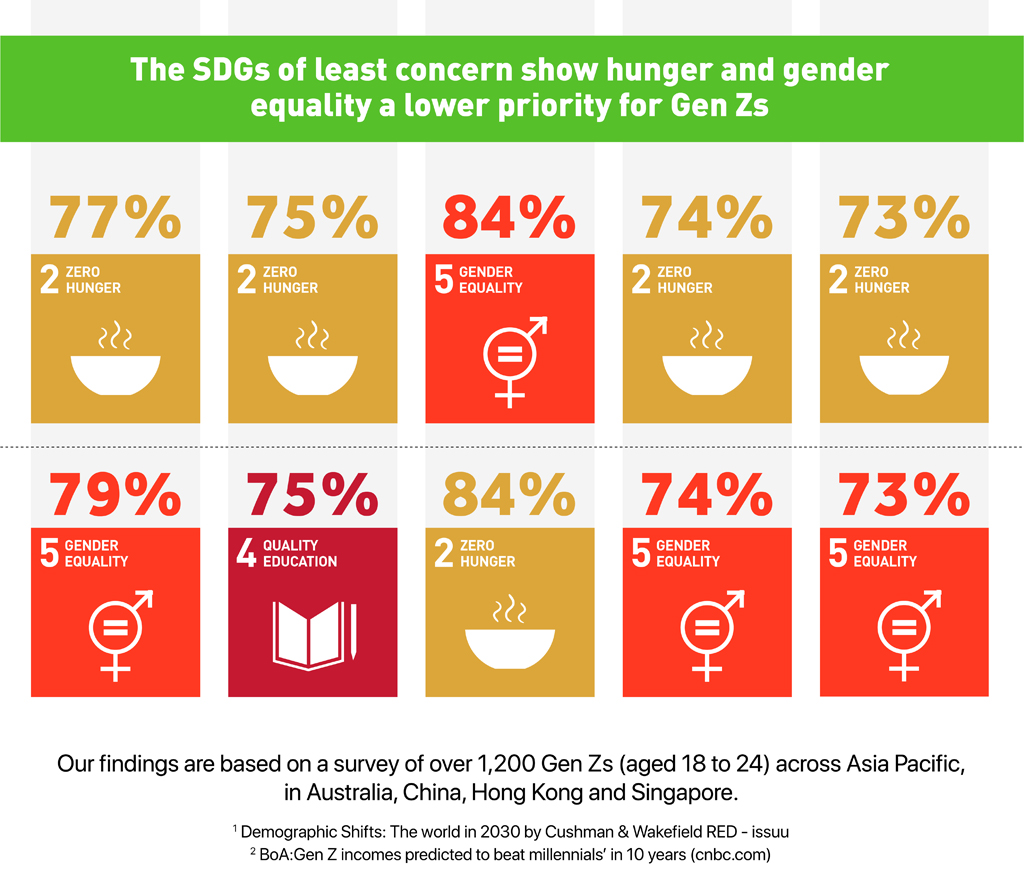 The United Nation’s Sustainable Development Goals (SDGs) are 17 interlinked goals that offer a blueprint for a more sustainable world by 2030. In the coming decade it is forecast that Gen Zs will be the largest living generation, accounting for approximately 26% of the global population, and hold the most economic power by 2031.

The findings are based on a survey of over 1,200 Gen Zs (aged 18 to 24) across Asia Pacific in Australia, China, Hong Kong and Singapore.

On average, the issues covered by the SDGs are a source of personal concern for 85% of Gen Zs across the region. Gen Zs in China are the most concerned about sustainable development overall at 90%, followed by Gen Zs in Hong Kong at 87%, with those in Australia and Singapore the least concerned at 81%.

In terms of the pillars of the Sustainable Developments Goals, Gen Zs across all markets are most concerned by environmental issues (86%), followed by social issues (84%), and economic issues (83%).

The issues with the most overall concern are decent work and economic growth (SDG 8) and reducing inequalities (SDG 10) which worry 90% of Gen Zs in Asia Pacific, followed very closely by climate action (SDG 13) at 89%.

Among issues with the highest levels of significant concern, climate change ranks first, with close to one third (30%) of Gen Zs in the region saying this causes them significant personal concern.

Hunger (SDG 2) and gender equality (SDG 5) rank lowest with 77% and 79% of Asia Pacific Gen Zs respectively citing these issues as a personal concern.

Kelly Johnston, COO, Sandpiper Communications, said: “While economic stability is a concern in the pandemic’s wake, environmental issues still pose more concern than social and economic issues to Gen Zs. Among the top environmental concerns, climate change has become a hot button issue for Gen Zs across the Asia Pacific region. With Gen Z set to become the dominant generation in terms of population and economic power in the next decade, we can expect a focus on environmental issues and climate action to grow as part of the global sustainability agenda.”

The findings are based on a survey conducted by Sandpiper Communications to better understand the attitudes of Generation Z towards the Sustainable Development Goals in Asia Pacific. A total of 1,226 respondents between the ages 18-24 were interviewed online across four markets in Asia Pacific in October 2020, including Australia (302), China (309), Hong Kong (306), and Singapore (309) as part of a study.