Going from Global to Local through Digital Marketing

China’s Reopening: What It Means for Asia Pacific and the World 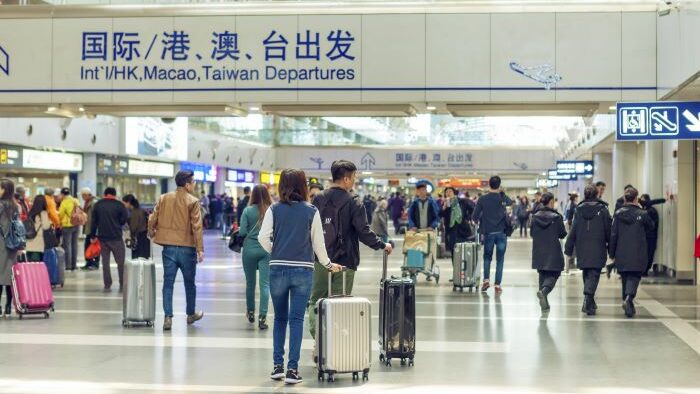 China’s Reopening: What It Means for Asia Pacific and the World

China’s exit from “zero-Covid” has been dramatic and sudden. After more than one thousand days of all-but-closed borders and some of the strictest public health measures in the world, the unravelling came in a matter of weeks. As the screws began to loosen in December and new infection cases sky-rocketed across the country, the stage was set for the declassification of Covid to a “Class B” disease, with all the associated changes in management strategy. The final departure came on 8 January, with the long-anticipated reopening of borders, as quarantine-free international travel was allowed to resume.

What this all means for China is a complex question in itself. There is optimism that the peak of daily infection rates may already have been passed in December, at least in the big cities; nonetheless, it is impossible to gauge just what the true figures are nationwide, and by all accounts hospitalisations remain worryingly high. However, as this exit wave eventually subsides, and people gradually find a way to “live with the virus”, we can expect a dramatic rebound in economic activity and social dynamism.

Three years of economic uncertainty have led to high savings rates and pent-up consumer demand; as the country normalises, all this potential is expected to erupt out into the market, creating a boon for everything from real estate to everyday hospitality. A depressed service sector will kick back into action, creating greater employment opportunities – good news, even if that means a little more inflationary pressure further down the line.

China’s reopening may well be the most consequential economic event of 2023 with significant impact on global supply chain, tourism, foreign investment, and commodity prices expected.

China’s rapid reopening is being hotly debated in real time, and even very recent economic projections have had to be readjusted. Reassured by the speed of change, Goldman Sachs and Morgan Stanley have predicted that China’s GDP growth rate for 2023 may exceed five per cent, while Deutsche Bank has put the forecast at six per cent, assuming that the recovery can begin in Q1. If true, these predictions would be a source of vindication for China’s economic planners, whose resounding message at the recent Central Economic Work Conference was one of stabilisation and growth, fuelled by domestic consumption and private enterprise.

Of course, these internal dynamics are not just a domestic issue – today’s China, after all, remains the most powerful engine of global growth. China’s reopening may well be the most consequential economic development of 2023. So, what does this all mean for the rest of the Asia-Pacific region and the wider world?

China’s reopening will lead to a gradual normalisation of global supply chains.

First of all, we are likely to see the gradual normalisation of global supply chains, the widespread disruption of which had been an enduring headache for China-focused multinational corporations in recent years. As China’s manual workforce begins to return in earnest, the ports reopen and logistics networks restore their normal operations, supply chain congestion should eventually dissipate, and global flows of goods will pick up again. While a few notable businesses have already decamped some of their operations to other countries in the region – think Apple moving production lines to India and Vietnam – this is nonetheless an overwhelmingly positive signal that China is once again open for business and should be a desirable destination for multinationals.

International business opportunities will go hand-in-hand with the resumption of cross-border travel – perhaps the most important aspect to China’s reopening, and the one area most hit during “zero-Covid”. For all the supply chain difficulties, the flow of goods in and out of China had managed to remain relatively strong even at the height of the pandemic – to say nothing of the flows of capital. The movement of people, however, has been another story entirely; in 2021, travel between mainland China and the outside world had plummeted by nearly 80 per cent for mainland citizens and 95 per cent for foreigners, compared with two years earlier. The lifting of restrictions will bring immediate dividends in widening China’s diminished pool of external talent, whether they be high-flying business executives or much-needed foreign language teachers.

Then there is the question of Chinese travellers themselves. During the last three years of isolation, Chinese households have accumulated massive savings, with total onshore savings reaching a record high of US 17 trillion dollars in late 2022, during a time when nominal disposable income per capita had also risen substantially. As consumer confidence begins to return and pent-up wanderlust can finally be unleashed, a splurge of revenge spending is likely to be aimed at international travel.

Prior to the pandemic, in 2019, Chinese travellers accounted for the largest share of global spending on international tourism, at nearly 20 per cent – or US 255 billion. The rebound is expected to be quick. Early indicators are reassuring, with popular online travel platforms like Trip.com experiencing a massive uptick in bookings as soon as the quarantine changes were announced. The benefits of this to the global economy cannot be overstated; as an industry, tourism accounts for about 10 per cent of total global GDP. Of course, the most immediate benefits will be felt by Hong Kong, and other nearby destinations like Thailand, which traditionally receive the most tourism traffic from the Chinese mainland – some estimates project that Hong Kong’s GDP may grow by as much as 8 per cent once China has fully re-opened.

Aside from tourists and business people, there is another class of Chinese travellers whose absence has been acutely felt in recent years – the international student. Chinese students bring significant value to the education sectors of English-speaking countries in particular, but their numbers have dropped to record lows in recent years. Moreover, their contribution is not merely financial; at a time of increasing geopolitical tensions and instability, the need for mutual understanding and cultural awareness becomes paramount. The international exchanges of human capital between China and the world, made possible once again, represent intangible benefits that may be more valuable than any quantifiable metric.

There are, of course, difficulties ahead as well, most notably when it comes to global commodity markets. China’s under-performing economy of recent years, and its depressed industrial demand for raw materials, had helped to keep a lid on global commodity prices. As China’s economy reopens, investment picks up, and the country’s industrial juggernaut begins to gather steam, demand for commodities will accelerate, pushing up prices worldwide. Goldman Sachs has already predicted that China’s reopening may push oil prices up by a quarter – not as significant as the price spike that followed Russia’s invasion of Ukraine, but nonetheless an additional burden in the context of a worldwide cost-of-living crisis. Nor will this trend be confined to oil. Gas supply poses another challenge, particularly for European countries that have been turning to more expensive LNG imports from the U.S. and Qatar in an effort to reduce their dependence on Russian natural gas; a sharp demand increase from China is likely to hit European energy consumers in the pocket.

Overall, however, the future looks positive. In ditching an overbearing and no longer sustainable policy, China has rekindled its vibrant potential and once more opened its doors to the world; and in our modern, hyper-connected and globalised context, which we have all grown used to – where opportunities and dangers alike are accelerated and extended across time and space – harmony, prosperity and mutual understanding go hand-in-hand with openness and engagement. Even beyond the purely economic calculations, China’s reopening will bring good news all around.